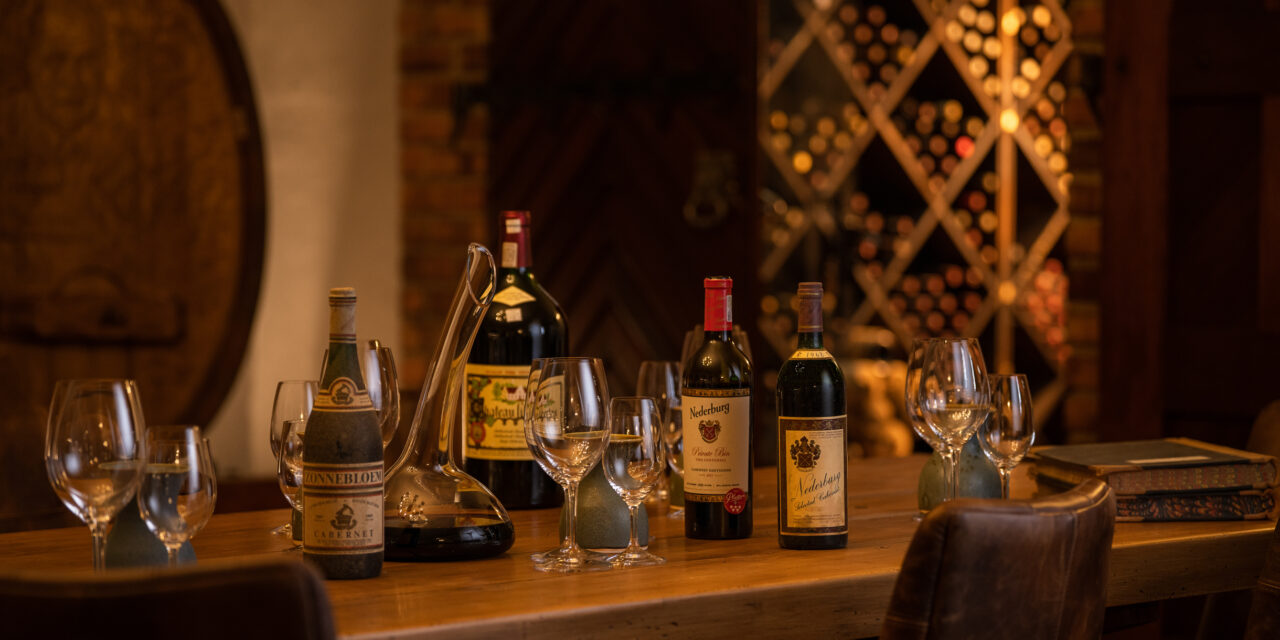 South African fine wine is entering a period of unprecedented strength on the global stage, despite the turmoil of recent years. In the last four years, we’ve seen six South African wines receive 100 points by international wine critics which is a significant achievement. There have also been several South African wine auction records; the first of which saw a bottle of 1821 Grand Constance sell for over R500,000, and the last of which, saw a second bottle of the same Grand Constance fetch just short of 1 million Rand.

Even prior to the strong surge of auction activity during 2020 and 2021, the secondary market has sustained annual returns of about 15% over the last decade, with the best performers, like Klein Constantia’s Vin de Constance 2007, or the Sadie Family Soldaat 2012 offering annual returns of between 25.3% and 27.7%.

The combination of these elements sets quite the scene for July 2022’s Strauss & Co Tabernacle Fine Wine Auction.

The tip of the iceberg
When the gavel fell on the most recent sale of the Malan family’s bottle Grand Constance 1821, the winning bid of R967,300 was more than just local news. The final price put it on par with new world auction records like the highest-ever bid for a 1951 Penfold’s Grange (just over AUS$100,000), and a touch below the price paid for a jeroboam of Domaine de la Romanée-Conti, Romanée-Conti 1970 from famed collector Dr Benjamin Ichinose (US$75,000). The Grand Constance sale was a globally significant moment for the world of fine wine.

Indeed, the storage cellar where that first auction bottle came from, is none other than The Tabernacle, and its truly historic contents. 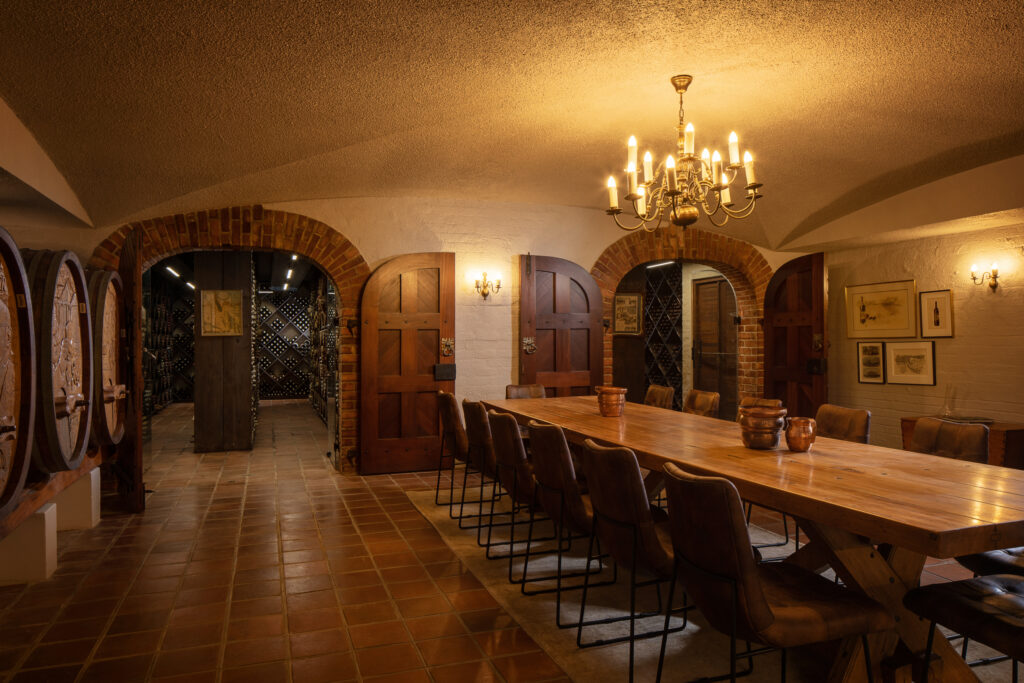 When the news of that first auction record broke, most news outlets covered the fact that the 1821 bottle was produced in the Cape, by South Africa’s oldest wine estate, Groot Constantia. A few more diligent journalists may have mentioned that the bottle was originally allocated to Napoleon Bonaparte. Although, as it turned out, Napoleon died just before the 1821 vintage was bottled, and so the allocation eventually ended up in the cellar of the Duke of Northumberland. Very few stories, however, mentioned where those bottles finally came to rest for 30 years, before being thrust onto the global auction stage. Which is why, for the longest time, The Tabernacle Cellar – and its contents – have retained relative anonymity. Until now.

Buried treasure
It seems that many of South Africa’s most exciting wine history moments have an element of the illicit to them. There’s the legend of South Africa’s first Chardonnay cuttings, and their clandestine arrival in South Africa. There’s the legend of the GS Cabernet Sauvignon, supposedly vinified by the self-taught winemaker George Spies, acting explicitly without his employer’s approval. And finally, one might add the genesis of The Tabernacle to that list – a cellar that was built within the Stellenbosch Farmer’s Winery, with dubious methods of budget approval, which would eventually become one of the most comprehensive collections of vintage South African wines in the world – with bottles dating as far back as 1791.

The inspiration for the Tabernacle project came, in part, from the legendary South African wine folk hero, Duimpie Bayly. Bayly, who was then part of the management team at Stellenbosch Farmer’s Winery in the 1970s, would take many trips to some of the Old World’s most lauded producers, where he lamented that these domaines, chateaus, and tenutas all possessed hallowed spaces, where their great bottles from the past were preserved. The Stellenbosch Farmer’s Winery, he noted, had no such space, and the situation needed to be remedied.

Unfortunately, in the late 1970s South Africa, getting budget approval for what could be seen as a “subterranean vanity project” proved to be tough. Nevertheless, Bayly managed to sneak it passed the fiscal watchdogs in the SFW accounts department as a “wine laboratory store room”.

Of course, if the accounting department had known then how valuable its contents would prove in the decades to follow, there would have been no quibble over its validity. But in the moment, subterfuge seemed the surest method to assure the security of what would turn out to be one of the most important reserves of vintage South African wines in existence.

The result of this action not only preserved some truly historic bottlings but has also provided a glut of evidence to disprove the theory that South African wines don’t age well.

Drawing heritage out of history
History is sometimes hard to recognise in the moment. There are incredible vintages that everyone recognises immediately (in recent times; 2015, 2017 and 2021), but other moments are a little more subtle, and tend to be overlooked. Duimpie Bayly, however had an almost prescient recognition of the importance of the wines coming out of Stellenbosch in the 1950’s, -60’s and -70’s, and it was this insight that triggered him into action. His curation lasted decades, carefully managing, maintaining, and augmenting the collection, eventually handing the responsibility to people like Bennie Howard and (later on) Michael van Deventer.

The Recorking
In June 2022, the full catalogue of wines up for auction was opened for inspection, under the protection of an argon gas blanket. Strauss & Co fine 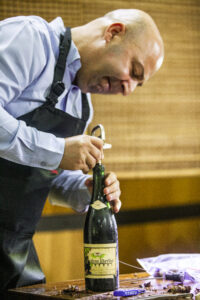 wine specialists Higgo Jacobs and Roland Peens, along with wine critic Christian Eedes, were on hand to taste and assess each wine. Finally, once the wines had proven themselves (or not), the bottles were topped up with reserve wine from the same vintage, recorked, and resealed; all under the supervision of a technical team from Amorim Corks.

It’s perhaps worth noting that the aim of the process was not to ask whether the wine had merely survived, but rather to ascertain whether it had evolved and developed into something far beyond the sum of its parts. A wine that can only just resist the ravages of time is hardly worth celebrating, but one that can harness its flow and emerge transcendent…well, that’s something worth fighting for.

The Future seems Bright
As one ponders some of the great wines of South African history, the temptation is always to gaze solely backwards. But history loves to overstep her bounds, from the past into the present. And so, as one gazes nostalgically at a bottle of GS 1966, it’s worth remembering that the next generation of winemakers is already laying the groundwork for the icon wines of tomorrow, inspired – at least in part – by the very wines that we have before us today. The trick is to pay close enough attention to recognise that history in its infancy.

Strauss & Co Fine Wine Auctions is a joint venture between principal auction house, Strauss & Co, leading wine merchant WineCellar.co.za and sommelier Higgo Jacobs. Since 2019, the platform has set to develop the secondary market for fine wines in South Africa and beyond.

Current Live Virtual Auction: The Tabernacle
The famous underground cellar in Stellenbosch that houses some of South Africa’s rarest and most spectacular vinous treasures, is releasing a handful of historic wines for sale. Presale bids are open now. The auction will go live from 11 – 2 on Sunday the 10th.  The final price is determined on the day per lot.

Clients can watch Virtually Live or live in person in the auction room at Strauss & Co JHB Head Office.

To browse the auction: https://www.straussart.co.za/auctions/details/10-jul-2022-wine 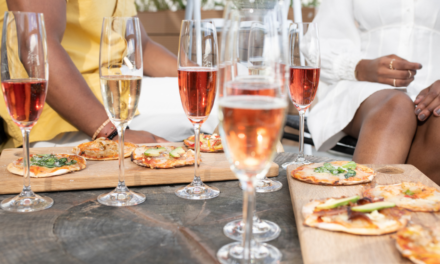 Pizza Lovers Welcome At The House Of J.C. Le Roux 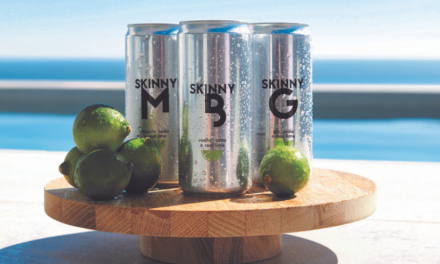 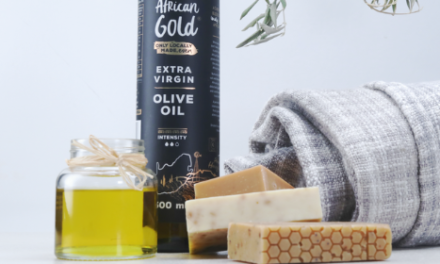 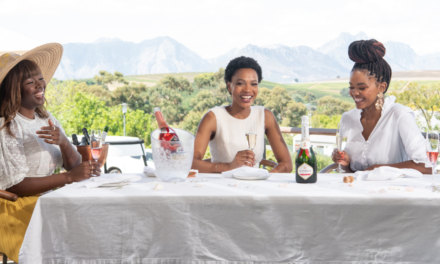