Jeanne Neilson: Actress | Vice-Secretary of the SA Guild of Actors 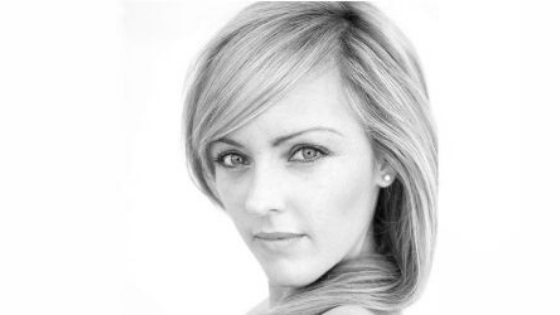 Jeanne Neilson was born in Bloemfontein, South Africa and following her studies at the University of Stellenbosch she lived abroad for several years in Europe and the United Kingdom. On her return to Cape Town in 2003 she pursued a career in film. Her breakthrough came in the lead role of “Jill” in Faith Like Potatoes and since then she has appeared in films such as The Deal opposite Meg Ryan and ‘William H Macy’, Free Willy: Escape from Pirate’s Cove, Byl (Kyknet) and various other German, British and South African productions. Following her training at the William Esper Studio in New York, Jeanne was cast in the leading role of the L.A. based film, The Heart of Christmas, alongside Candice Cameron Bure and George Newbern. Jeanne is known as a consummate professional and was nominated to the board of the South African Guild of Actors where she successfully served for two years. She lives in Cape Town with her husband Dominic Wilhelm and is the proud mother of Eliana.

Please tell us a little more about yourself and your journey so far.

Born in Bloemfontein an identical twin, I enjoyed a rich mix of English and Afrikaans culture, as well as the rare combination of small town and bigger city life. After earning a BA from the University of Stellenbosch, I spent several years working and travelling in Europe and the United Kingdom. While in London I met my husband, Dominic, and returned to South Africa where we married in 2002. Up until this point I had never considered a career in film.

Even though I have always loved story there was a part of me that felt that that sort of thing “happens to other people”. As sometimes happens in life, I had a moment shortly after my return to South Africa where I came face to face with my desire and sense of journey and I haven’t looked back since. My first role was a few calls in Egoli where I learned how to work with cameras, but since then it has been film all the way.

I’d say that my breakthrough came in the lead role of “Jill” in Faith Like Potatoes (2006) and since then I’ve played various roles films including The Deal (2008) opposite Meg Ryan and ‘William H Macy’, Free Willy: Escape from Pirate’s Cove (2010) and various German, British and South African films and TV shows. Last year, following an intensive period with acting coach William Esper in New York, I was offered the most challenging role of my career in Los Angeles in a US TV network film. I played the leading role in a family drama, The Heart of Christmas, which tells the extraordinary story of a young American mother and her terminally ill child.

My husband and I are very happily settled in Cape Town and looking forward to 2013 which is bound to be full of surprise on the family and business front for us both.

You are busy with so many interesting projects. Please tell us a little more about that.

I recently wrapped on a South African film called Felix which I thoroughly enjoyed. Usually I am cast in dramatic roles which require a deep emotional journey, but this character was colourful and light hearted which was something I could just have fun with. I was also happy to do a South African film as most of my work has been international, and I would like to grow my local profile and see more of our own movies made. As for international work this year, I was part of a great film which is an African-based suspense feature called Heatstroke starring Stephen Dorff and Maisie Williams (Game of Thrones). Each project offers it’s own challenges, opportunities, new friendships and life lessons!

2 things: First – I want to see women uplifted and take their place in society, for the good of society as a whole.  The world is walking with a limp and I want to be part of straightening that out.

Secondly, At the beginning of the year I was elected to the board of the South African Guild of Actors (SAGA). SAGA is our industry’s version of the Screen Actors Guild in the States, and in the same way we exist to represent and empower local actors and be part of building the industry as a whole. We really do have an opportunity to craft policy and bring about change in such a way that it will lead to job creation, industry development and creative fulfillment. The more I do it the more passionate I am about it. We were recently accepted as a member of the International Federation of Acting guilds which means now, more than ever, we have the support and momentum to get things done.

That answer is 3 fold for me: My mother is a woman of great strength and creativity and a lot of my inspiration, talent and life perspective comes from her. I have my dad to thank for a lot of who I am, as I am a lot like him. He recently passed away and in some ways I see that influence more and more. And my faith and sense of a living Narrative inspires all I do.

“Be freely and abundantly me”.

The best thing you can do for the world is to be fully & abundantly who you are. Until I was 25 I felt an unconscious lack of permission to live a bold and potentially influential life. Perhaps it was a misplaced humility. One of the truths that has changed my life is this: Your playing small does not serve the world.

You have been very successful in your career so far. Do you have any advice for aspiring actors?

Do it for the right reasons. If you want to pursue it for the chance of celebrity then it will very likely be a disappointing and ultimately unsatisfying journey. However, if you love story and want to be part of bringing it to life, then no matter what ‘success’ you have you will ultimately be satisfied.

Say “yes”. It means living with a sense of expectation, openness and wonder.

Marianne Williamson’s writing sums it up for me [paraphrased]:

We ask ourselves, Who am I to be brilliant, gorgeous, talented, fabulous? Actually, who are you not to be?

You are a child of God. Your playing small does not serve the world. There is nothing enlightened about shrinking so that other people won’t feel insecure around you.

It’s not just in some of us; it’s in everyone. And as we let our own light shine, we unconsciously give other people permission to do the same.

As we are liberated from our own fear, our presence automatically liberates others.

Jean Sasson’s trilogy which is serves as the true life biography of a Saudi Arabian princess. It is a fascinating and frightening look in to the life behind the veil, and yet succeeds at inspiring courage in the name of those fighting for change.

As a little girl I read The Magic Faraway Tree once every year as a sort of tradition. I think it would make a fantastic fantasy film! As an adult, a book I keep returning to is one by the author Sue Monk Kidd: God’s Joyful Surprise.

Understand that it’s your privilege and duty to live your life, and who you are, to the full. There is a designed influence through who you were created to be, and as you live fully, you give those around you permission to do the same.

Is there anything that Xtraordinary Women can do to help you on your journey?

It took me sometime to fully realise that my passion is also a business. As an actress, I am my own brand. I welcome and sincerely appreciate exposure that may go towards building that brand. 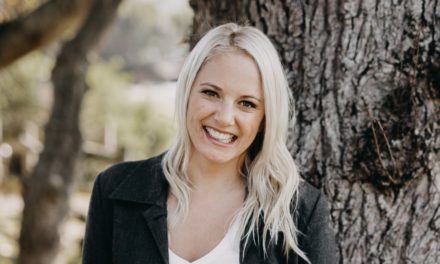 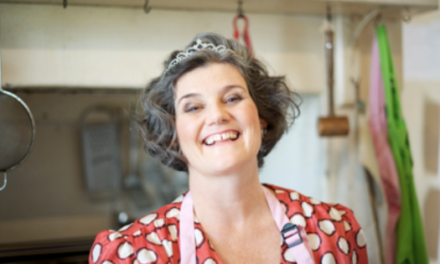 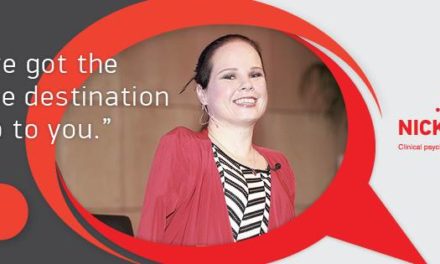 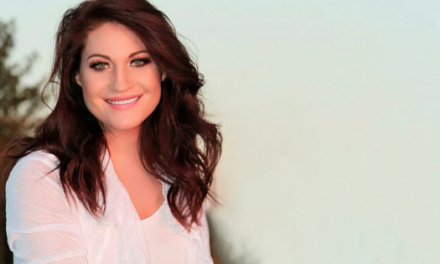